ENRAGE not Engage. Councilman Brad Lander has done it again in Gowanus. 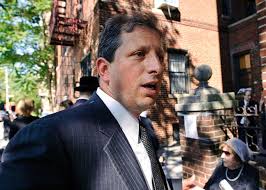 Instead, it is politics as usual as he begins Bridging Gowanus Act II, essentially, in the dark.

Evidently, annoying many community members once was not enough. When the Bridging Gowanus process began 18 months or so ago, it was touted as a new kind of community planning--one that promised transparency, genuine community discussion and input. But when it was over, it was reduced to a survey which included a series questions and answers that assumed certain facts were already understood.

For example: would you be willing to add 2 stories to a building for a school
or 4 stories for a library or 6 stories for a hospital?

That's like asking if you would rather die by hanging, shotgun or poisoning---it assumes that you want to die in the first place.

Many complained, some refused to participate yet the press releases only speak praise of the "conclusions".

CORD contacted Lander's office to find out who these 16 organizations were--since that number did not seem accurate. We were told to contact the article's author and directed to a press release which named a couple of names. Ok. Fair enough. But, we asked Lander's office, specifically, Catherine Zinnel, our liaison, to provide us with the names of ALL of the organizations that participated in the Bridging Gowanus Experiment.

We were told that they "do not have that".  Unbelievable! When reminded that we signed into those meetings and were asked for our names AND or organization or affiliation--we were told that she would be happy to present us with a list of those organizations that will participate in the upcoming "handful of small meetings"-which you will learn more about below-but had no way of providing the original participating members. Even more unbelievable!!

Let's fast forward to the present. CORD has learned that there have been at least two (2) closed door meetings orchestrated by Lander's office that have included City Planning and certain members/organizations in the community to discuss Bridging Gowanus next steps.

We have been told that these are NOT planning meetings--but rather a small handful of (like minded??) groups who are meeting to discuss what they have been doing over the past 18 months vis a vis Bridging Gowanus. Kind of like playing catch up with the Councilman.

If these are not planning meetings then what is City Planning doing there? Or have we gotten to the point in Brooklyn where our property taxes have provided such a surplus to the city coffers that City Planning has the time to sit and shoot the breeze with handfuls of small groups?

CORD was invited to one of these meetings (after the first two were sort of out of the bag) along with our friends at FROGG.

When we asked Lander's office why the whole community was not being included in these meetings via either a town hall meeting or a discussion at the public meetings held monthly by the Gowanus Canal Community Advisory Group (the CAG), we were told that these NON PLANNING meetings being held which include City Planning employees would be non productive in such settings.

The EPA does it all the time -- It seems to work just fine when they do it.

So Readers, CORD declined the invite. We informed Lander's office that these types of meetings do not reflect the transparency, community input and exchange of ideas that occur when the whole community comes together

No one group, no one organization and no handful of like minded people have the authority to decide what happens to an entire community.

And no Councilman, or publicly elected official, who is a temporary employee of his constituents, has the right to orchestrate or manipulate any community or any community discussion to produce the outcome he or she desires.

What do YOU think?
Write to us at cgcord@gmail.com
If you would like, CORD will print you comment.  (See bottom of this page)

Proposal for Taller Buildings in Gowanus Gets Mixed Reaction From Local http://brooklynbrief.com/disparate-factions-unite-to-take-back-gowanus-from-overdevelopment/


6/26/2016
"Reading your email regarding this so-called Bridging Gowanus Process I find this so_called Process undemocratic. I think that there is a lot of wheeling and dealing going on behind closed doors.

How can we undo or prevent the damage that I see will be done to our neighborhood and therefore to our community?"