To Repeat: Monday was a MONUMENTAL Day in CG/Gowanus! 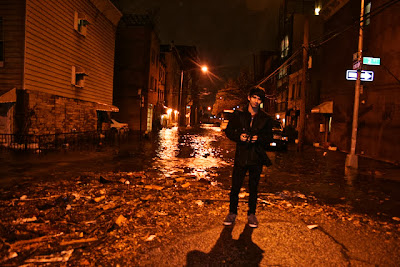 We could not have said it better ourselves:

Monday 9/30/2013 was a MONUMENTAL day for Gowanus/Carroll Gardens and there is so much to celebrate!

With the the EPA's ROD/Record of Decision announced on Monday, the final plan to clean the highly contaminated Gowanus Canal is now public record.

"After 150 years of environmental abuse, which turned it into one of the most contaminated bodies of water, there is a plan to remediate the 1.8 mile toxic canal, and that plan has just been written into law"  LINK
http://pardonmeforasking.blogspot.com/2013/09/a-monumental-day-for-gowanus-epa.html

This event did not happen in a vacuum.

CORD would especially like to thank the EPA, whose tireless persistence and passion led to this decision.  The following extraordinary people must be noted:

Furthermore, numerous others worked diligently over many months/years to make sure the Gowanus Canal would receive a full and comprehensive cleaned up and CORD would like to mention several elected officials including: State Senator Velmanette Montgomery, Congresswoman Nydia Velazquez, other community leaders, and many others including the Gowanus Canal CAG/Community Advisory Group;

To read the EPA’s Record of Decision for the Gowanus Canal or for more information on the canal, go to: http://www.epa.gov/region02/superfund/npl/gowanus/ or visit EPA’s document repository located at the Carroll Gardens Library at 396 Clinton St. in Brooklyn, New York.